Ben Dietz started shooting when he was 13 years old. His dad and grandpa got him into the sport, and he quickly fell in love with the sport. At the age of 16, he started traveling around the nation trying to earn the privilege of being on the All-American team. He made the All-American first team at age 17 and has been making the All-American first team ever since. Since Ben began shooting, he has found friends in many of the equipment dealers such as Prosoft and Kolar. He has also won many awards including sub-junior trophies, junior trophies Jr. gold Trophies, ACUI trophies, and of course champion trophies. Ben was lucky enough to shoot at Doane university where they won a national title and became the captain of their team. 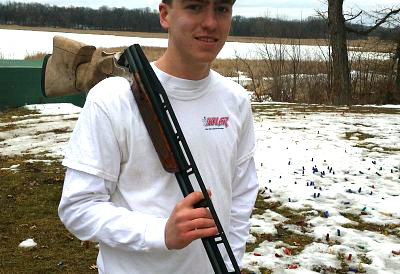