This coming year (2023) will mark my 50th of shooting ATA Registered targets, having started when I was 10 years old.  Have been traveling to shoots with my Dad (Norris), since I was three years old.  Now enjoy attending shoots with my wife Nora (when possible), and my Dad (when possible).  However, in the past, I have attended some shoots solo, and now even when alone, I will be attending with fellow Kolar Teammates, which I believe will make those much more enjoyable.  I feel very fortunate to be a member of Team Kolar.

I’m happy to be coming up on 60 years old and still be blessed with the ability to have a chance to compete with all these talented shooters across the Nation, and World.  Trapshooting has been a major part of my entire life.  I’m looking forward to all the events that the Good Lord has planned for me, and the chance of getting to know more folks wherever I go.  Good shooting to you all.

A little background on my Trapshooting accomplishments:

Shot on Pro-Staff for Foggles for several years

Currently on Pro-Staff for L&M Lenses

Currently on Pro-Staff for Grip Plus Stocks 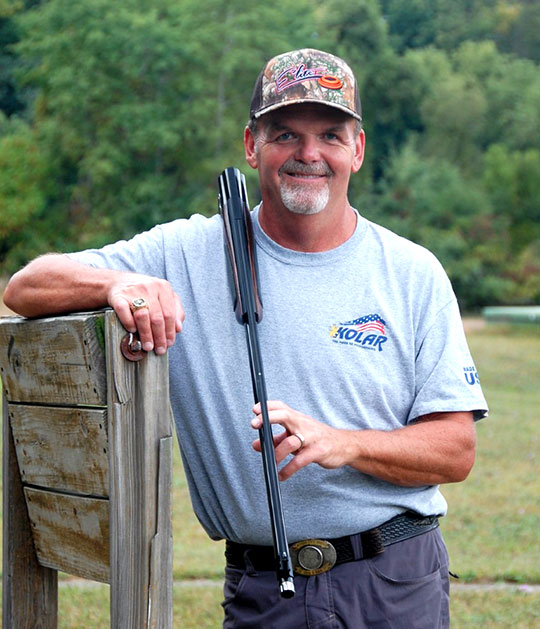