I got started in skeet at the age of 20 years old while in the Army, and was introduced to the game of skeet by my Company Commander at the time, Larry Krutsinger. Since then I was hooked and I started shooting competitive skeet. My game has always shown improvement over the years and the largest gain is due to, Paul Giambrone III (L.P.). L.P. taught me everything I needed to know to win my first World Championship in 2013. I’m currently using a Standard Kolar Gun with 30 inch step rib barrel, and Max Tubes. I’ve been shooting my Kolar gun for over 12 years and I have been instructing for almost 8 years and continue to be the NSSA’s Zone 3 Chief Instructor. I just earned my Master Instructor Certification and I am also proud and continue to be part of Team Ranger, for Randolph Engineering. 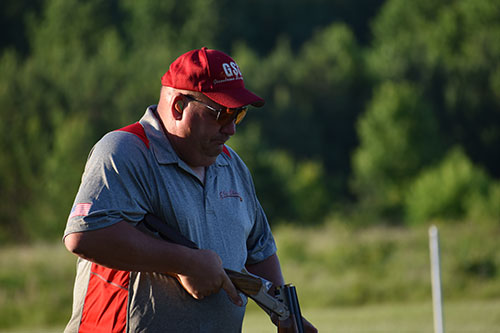