I am a 15-year-old Sub Junior trapshooter from Gamaliel, Kentucky. I live on a family farm where we raise cattle, crops, and whitetail deer. I am currently a Freshman at Monroe County High School in Tompkinsville, Kentucky. I have a 4.0 GPA, and I am taking dual-credit college classes.

My love for trapshooting began when I was 12 years old. Some of my friends shot trap, and asked me to join them. It was love at first shot. Shortly thereafter, I joined the ATA, and I shot my first registered target in April of 2018.

I am very fortunate and blessed to be a part of the trapshooting world. Each year, I have been able to increase the number of shoots I am able to attend, and I feel I have grown as a shooter and a person. A key turning point in my shooting career has been the purchase of my new Kolar that I purchased in July of 2020. 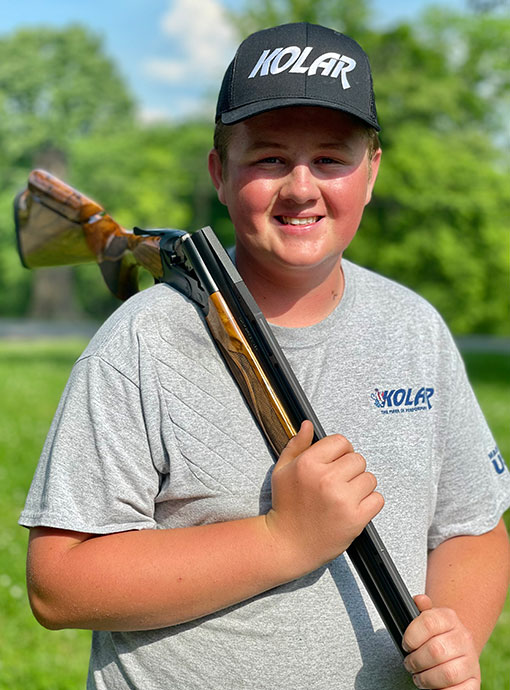