Sandra Jo Jack was introduced to Trapshooting in 1986 and took the South Dakota Lady singles Championship, All State Lady Team and state high handicap average her first year of shooting trap. Her father, a hunter and trapshooter was her coach and shooting partner. Fourteen years went by and then she started shooting again in 2001. 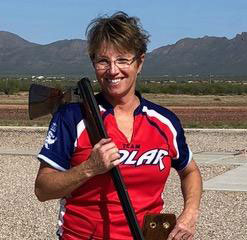