At an early age, Sheaffer began his shooting career at Eagle Skeet Club. It is a small club bordering Clarksville, Tennessee and is nestled in the hillside at Fort Campbell, Kentucky. Sheaffer has been coached by his dad ever he was a little fellow and able to pull the trigger to his shotgun. He has had great mentors from Eagle Skeet Club, where he first learned to pull targets for club members at the age of five. In fourth grade, Sheaffer began shooting competitively with the Tennessee Scholastic Clay Target Program (SCTP). Sheaffer’s love of the sport and competitive spirit led him to give up his other favored sport of baseball. Shortly thereafter, in the fifth grade, he decided to focus solely on shooting, with an emphasis mostly on National Skeet Shooting Association (NSSA) registered events. By the age of 12, he achieved shooting a 100×100 in all gauges, a 200×200 at a registered competition, and his AA class ranking. Shortly thereafter, at the age of 14, Sheaffer achieved AAA class ranking in all gun gauges. While good mental focus at the skeet range is his passion and is of utmost importance, he also believes it is important to stay on target with strong academics. He maintains A Honor Roll status as a freshman in high school. Sheaffer’s personal goals for the future include:  shooting a 400×400 before the age of 15, to win a men’s world skeet title, and attend college for business and finance.

Sheaffer has won numerous regional, state and national titles since he started shooting in 2014 with the SCTP program. Major accomplishments for SCTP include the 2014 state championship in skeet and sporting clays, while taking 3rd in trap. He also captured the National Rookie Doubles Skeet Championship. In 2015, Sheaffer won the Tennessee SCTP Intermediate and Rookie Skeet Grand Champion and remained the defending National Doubles Skeet Champion. Although Sheaffer’s time with SCTP was short, he earned yearly, the top spot as the captain of the Tennessee All-State Skeet Team and also earned a spot on the SCTP National Scholastic Team in both Skeet and Sporting Clays.

Although he started his shooting career with SCTP at the age of 9, in 2015, Sheaffer began shooting more NSSA events and has won numerous sub-junior titles, events, and competitions. His first major sub-junior title was at the age of 11 when his made his debut in the 2015 NSSA Junior World’s Skeet Championship held in San Antonio, Texas winning the 28-gauge Sub-Junior World Championship and earning a spot with Team Kolar, under the watchful eye of John Ramagli. In 2016 and 2017, Sheaffer had many highs with great wins and suffered some lows with sickness, growth and gun fit. However, Sheaffer has never feared any adversity and continued to travel coast to coast competing and winning well over 200 sub-junior titles and has made the Sub-Junior Kreighoff All American First Team since 2015. The last two years, Sheaffer has been named the captain. He has high hopes for the 2018 team. Most recently, with a return trip to San Antonio, Texas, he competed in the 2018 NSSA Junior World Skeet Championship, and he became the 2018 Sub-Junior World Champion in Doubles, 12, 20,.410, Champ of Champs, and High Over All Champion falling one bird short in the 28-gauge event winning runner-up.

Additionally, since 2015, Sheaffer has paved the way with many additional accomplishments in the men’s division for NSSA. Listed below are some of his more noteworthy championship accomplishments: 2016 Tennessee Men’s State 28-Guage Skeet Champion (He is the youngest to win a state title in Tennessee.); 2017 High All-Around Champion at the Kolar Mid-American;  2018 Blaser 12-Guage Gun Champion; 2018 DU Rock High Overall Champion and High All-Around Champion; 2018 Western Open High Overall Champion; and he became the youngest to win the title of 2018 Tennessee State Skeet High Overall Champion. He also won the Tennessee state 28-Guage and .410 Gun Championship.

Sheaffer attributes much of his success to the craftsmanship of his Kolar Max skeet shotgun and custom stock built by Wenig Stocks. Additionally, he credits a huge part of his success to the good Lord, his parents, his shooting family and the great staff of Kolar Arms, Elite Shotguns, and Howell Traps. 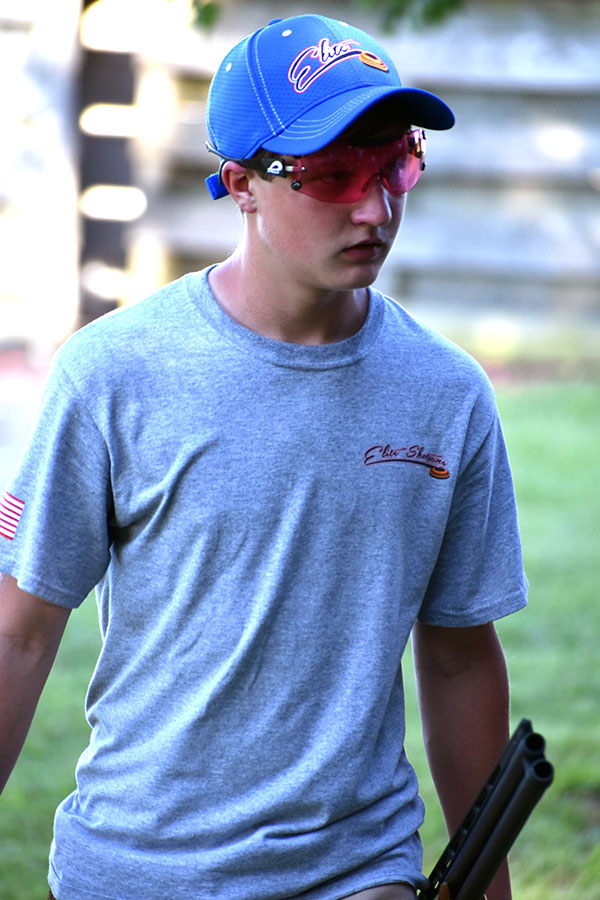