Carter Royston is a 17 year old junior at St. Thomas More Catholic High School in Lafayette, Louisiana. In 2018, Carter was introduced to clay shooting through the 4-H program. While shooting in the program, Carter realized his true passion was focused in the sport of skeet. His love and gift of shooting were celebrated in winning HOA Junior State Champion in 2018 and 2019. Carter’s focus became perfecting his game of skeet with the addition of his Kolar Max Lite Skeet gun and many hours of practice. His passion for shooting paid off with him making the 2019 4-H national team for shooting sports, 2019 Krieghoff All American Rookie 1st Team, 2019 Louisiana State Rookie of the Year, 2020 Krieghoff NSSA All American Team Junior 2nd Team and current standing of second in the 2021 Krieghoff All-American points for junior class. These accomplishments have helped him in fulfilling his dream of being part of Team Kolar. 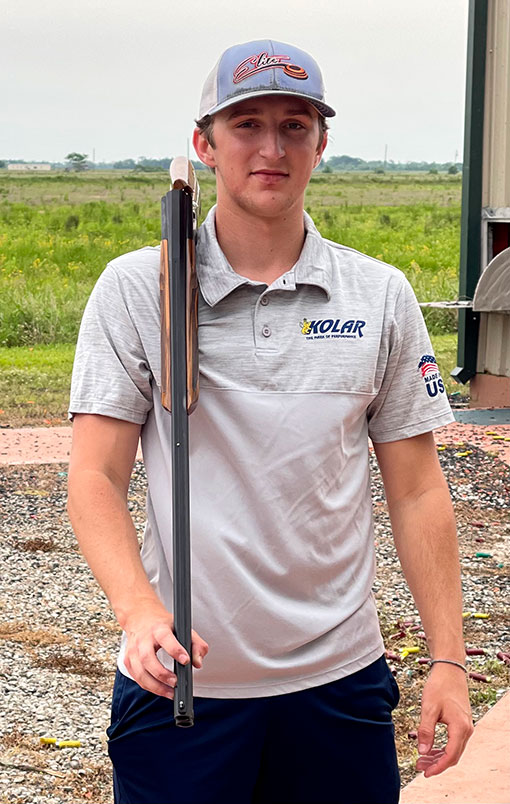