Elise Baker grew up and currently resides in Carlinville, Illinois, less than 20 minutes from the home of the Illinois state shoot. She began shooting in 2013, at the age of 11. She competed in youth state and national competitions, and in 2014 she began competing in ATA registered shoots. In 2018, after a few years of shooting local shoot and state shoots Elise decided she wanted to chase a dream of hers, becoming an All-American. She achieved those dreams of becoming a Lady 1 All-American in 2018 and 2019. Elise has won many SCTP and AIM national titles, as well as ATA state shoot and Grand titles.
Elise is currently a Freshman in Nursing school and has the goal of becoming a Nurse Practitioner. She will be competing with her school’s collegiate trap team her sophomore year and is looking forward to ACUI Nationals and other collegiate events.Professional Achievements: 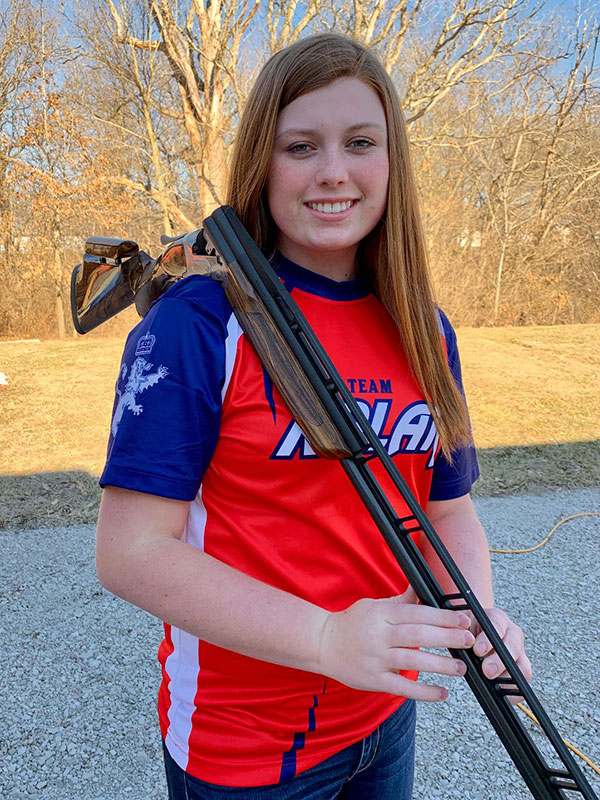