Kenny grew up in Fort Worth, TX, but wouldn’t discover the game of skeet until 2009 after moving to Pittsburgh, PA at the age of 25. He shot his first competitive targets at the 2011 Pennsylvania State Championships and was quickly humbled and awed by the level of skill on display. After scoring a whopping 77/100 in the 12ga event that weekend, Kenny was determined to improve. He practiced constantly through the cold Pennsylvania winter; mostly alone at night after work and taught by videos and trial-and-error. His efforts would be rewarded with a 12ga average of just under 98% the following year. Three short years later, he would return to where he first tried competitive shooting and win three Pennsylvania state championships in one weekend.

Since then, Kenny has been a perennial member of the Pennsylvania All-State Skeet Team, won multiple Zone 2 championships, been named to multiple All-American teams, earned his 4-gun AAA pin, appeared on the national high-average list, represented Pennsylvania as an NSSA director, and stood on numerous podiums at skeet competitions, big and small, across the country.

Though he may have started on his own, Kenny credits his continued success and enjoyment of the sport to the many people he’s met and learned from along the way, and to the incredible patience and support of his wife. As an NSSA certified skeet instructor, Kenny also uses what he’s learned to improve other shooters’ skills and grow their enjoyment of the sport. 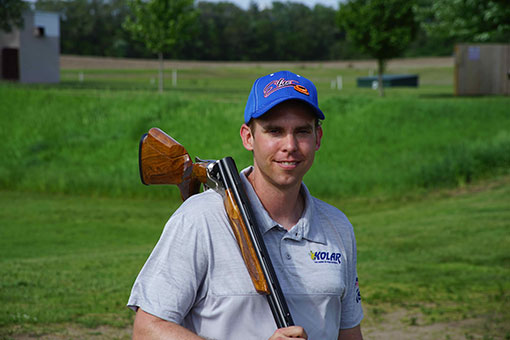