I started shooting in February of 2014 on my local high school team. I was originally on the 7th team but finished the year on the 2nd team at state. I began my ATA career in June of that year and was hooked from there. My Dad and Miles Doyle (coach from the beginning) got me a demo with my Kolar at the Nebraska State Shoot and from there the rest is history. My 1st singles event with my Kolar I broke a 100 straight after only previously shooting one 25 straight. I came back the next year to the high school season and during my junior and senior years was the “Top Gun” at Norris High School. In 2015 at the Kansas State Shoot, I broke my 1st 200 straight and followed it up with a 100 in handicaps from the 23.5 yard line.

I went on to study Biochemistry at Hastings College and joined their shooting team. I was an NRA All-American my sophomore year. In 2018 at the AIM grand I broke my 1st 100 in handicaps from the 27 yard line, In 3 years of shooting and studying, I moved on to study Pharmacy at Creighton University and I am set to graduate in 2023.

During the 2018-2019 season I traveled all over for my 1st year of “chasing points” and finished 5th in Jr Gold and had a Trap and Field All-Around Average Award. In August of 2020, I finished my Grand Slam with a 100 in doubles. 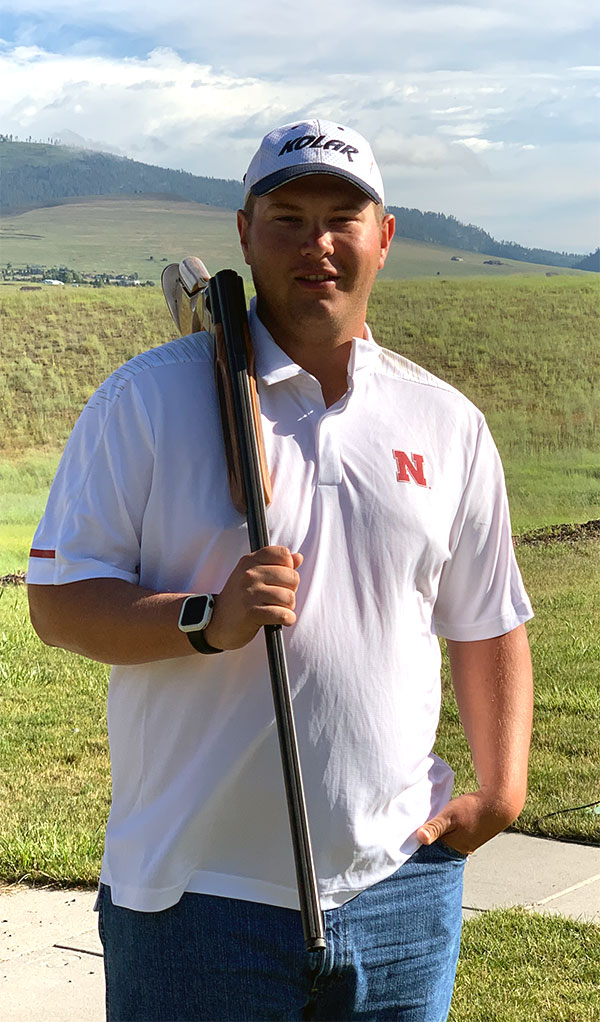